Aperture continues to support the Give & Gain Day scheme for another year.

There will be happy pupils heading in to Lixwm Primary School in Lixwm, Flintshire thanks to the efforts of our volunteers and your generous donations. For all your generosity, we would like to say, thank you! 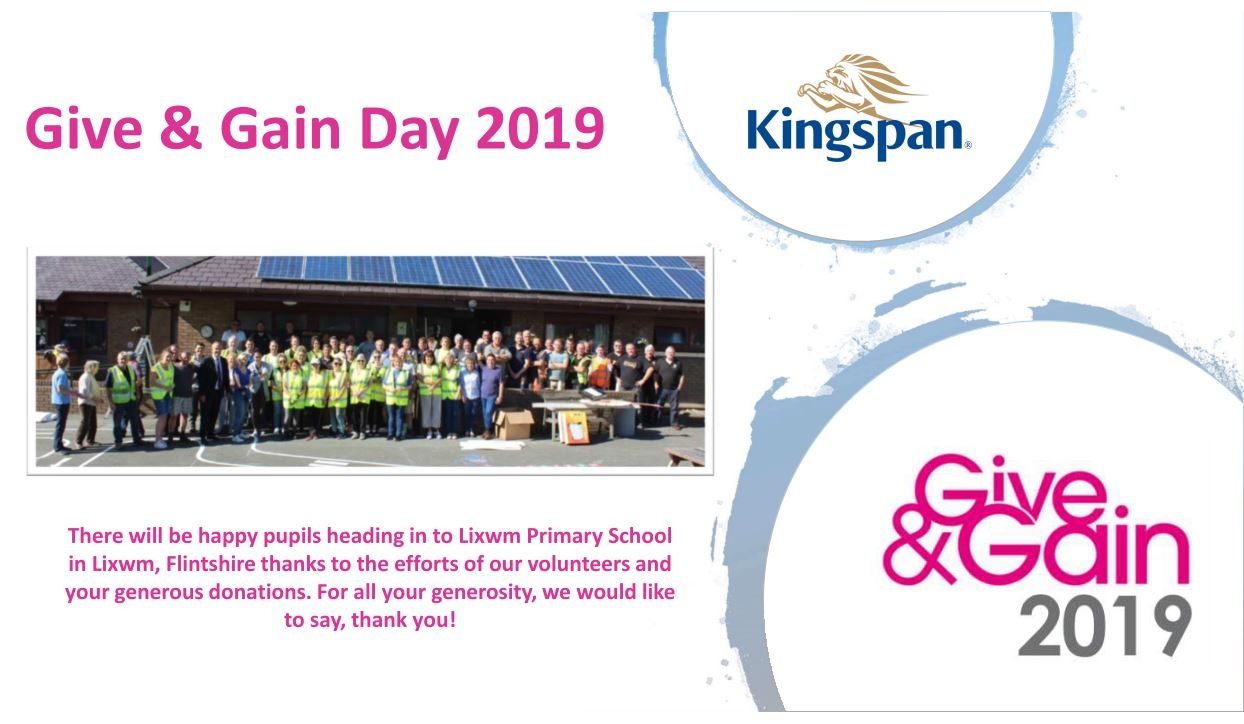 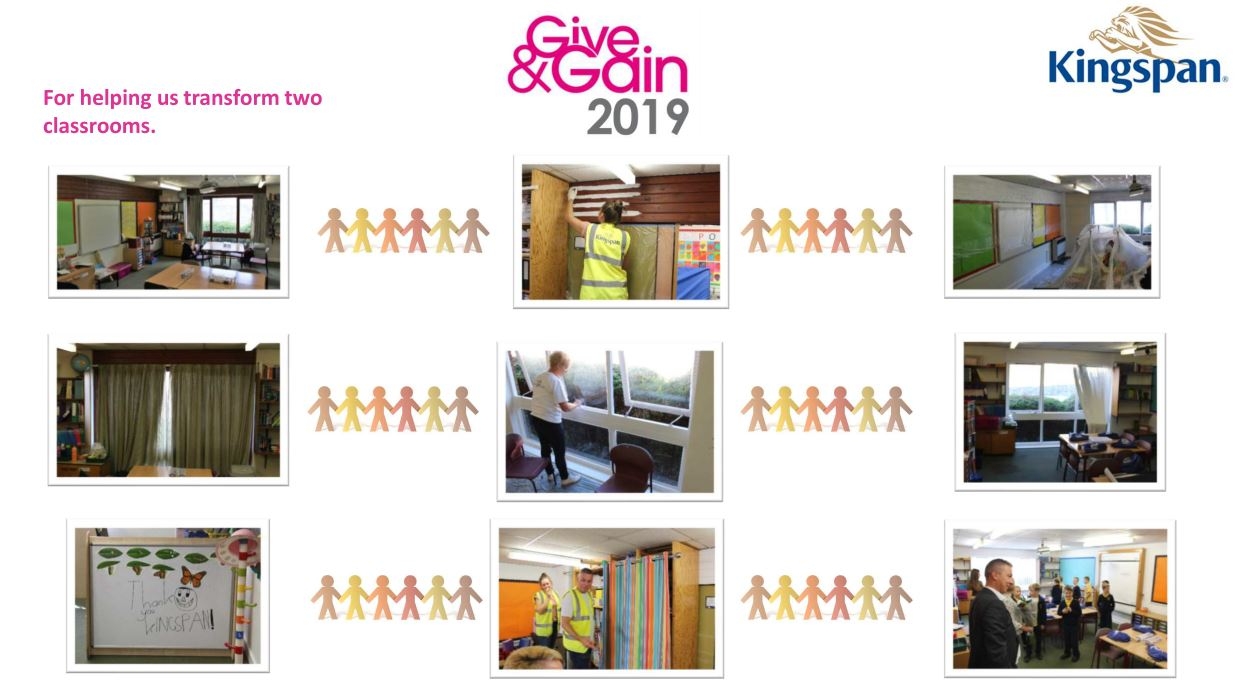 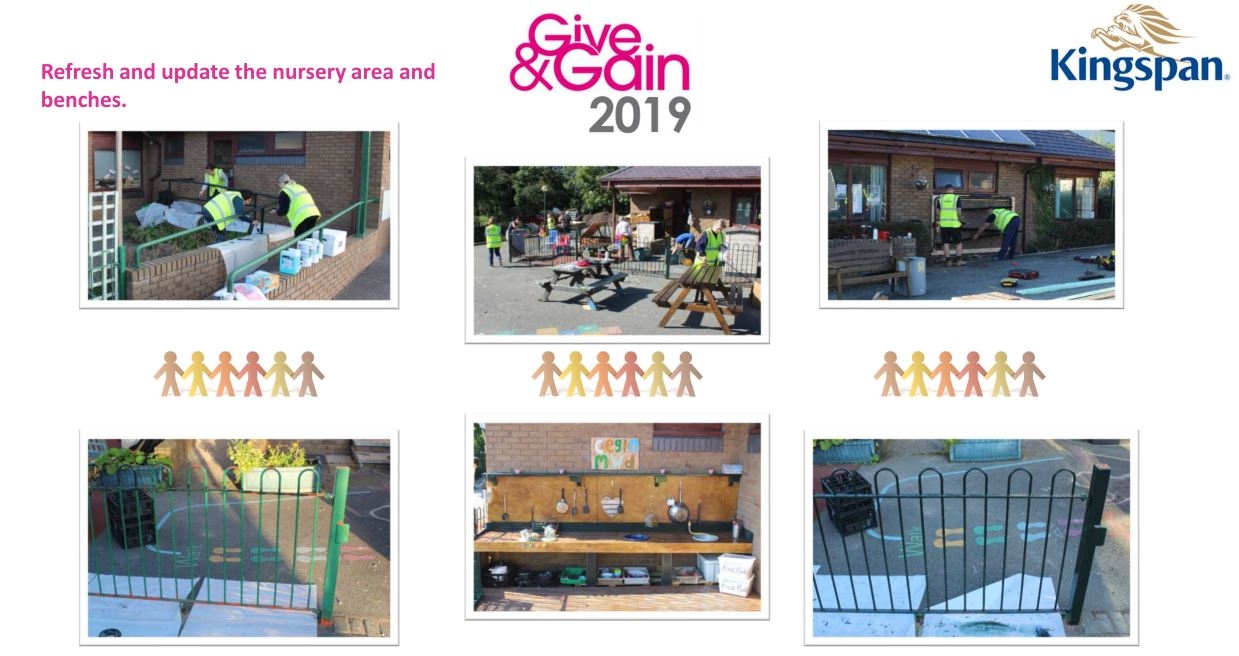 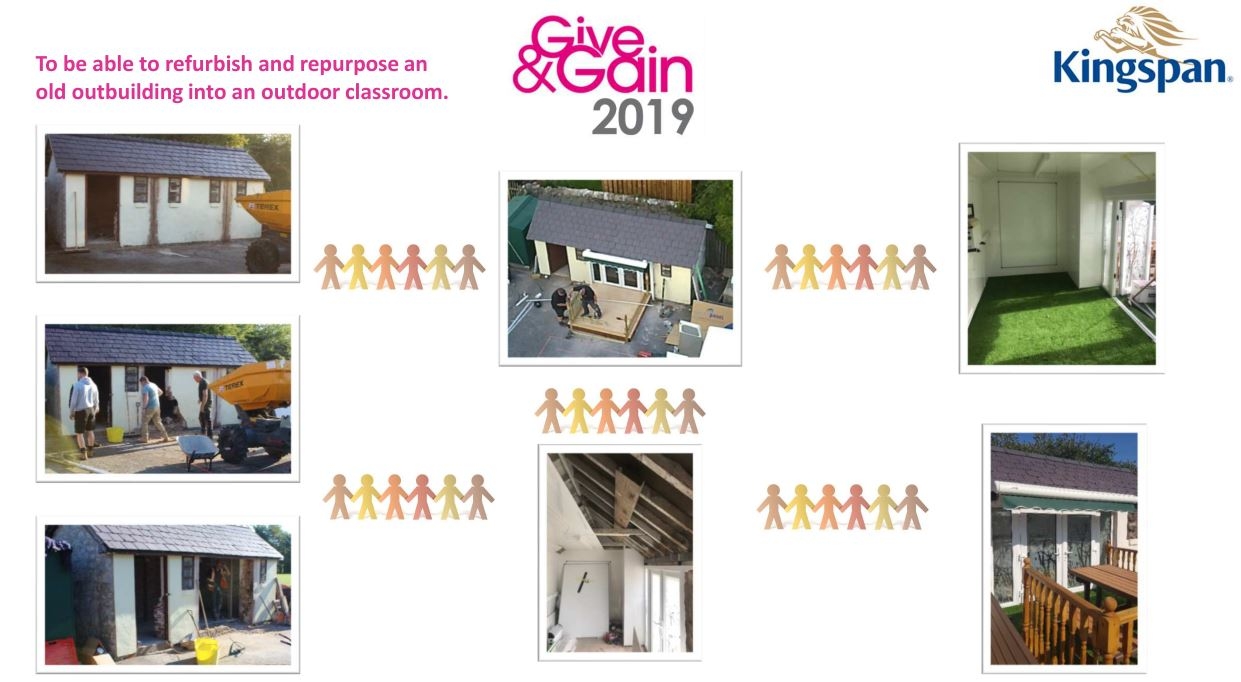 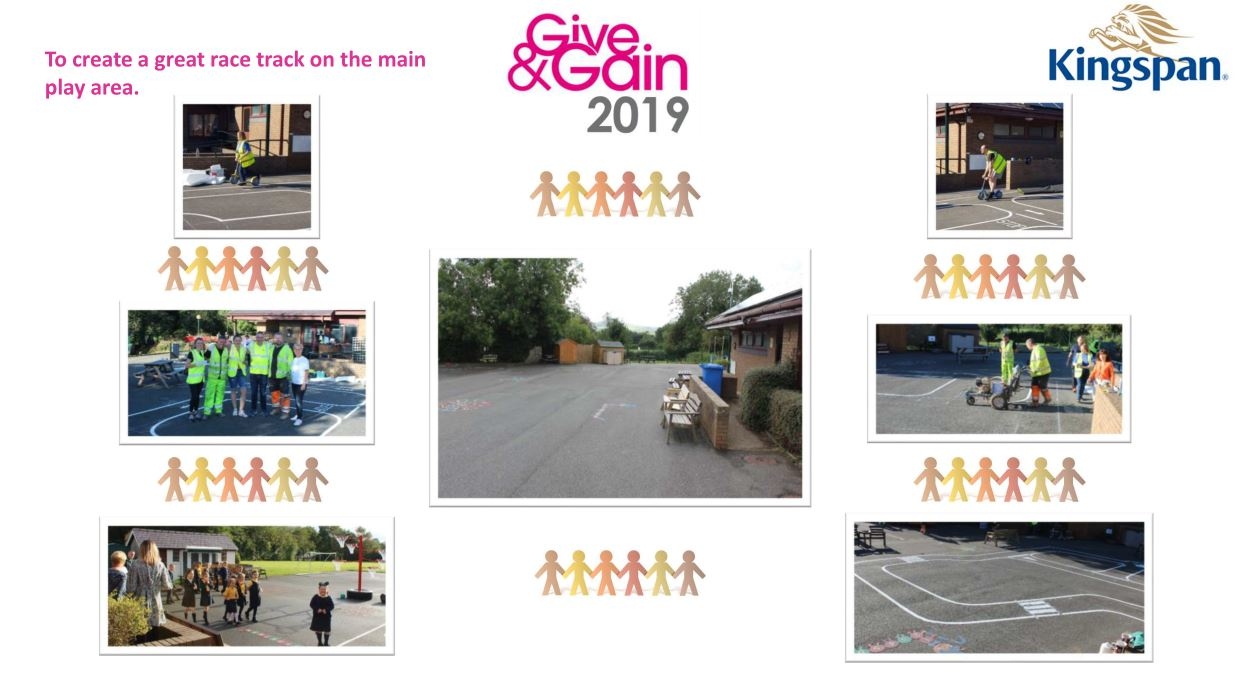 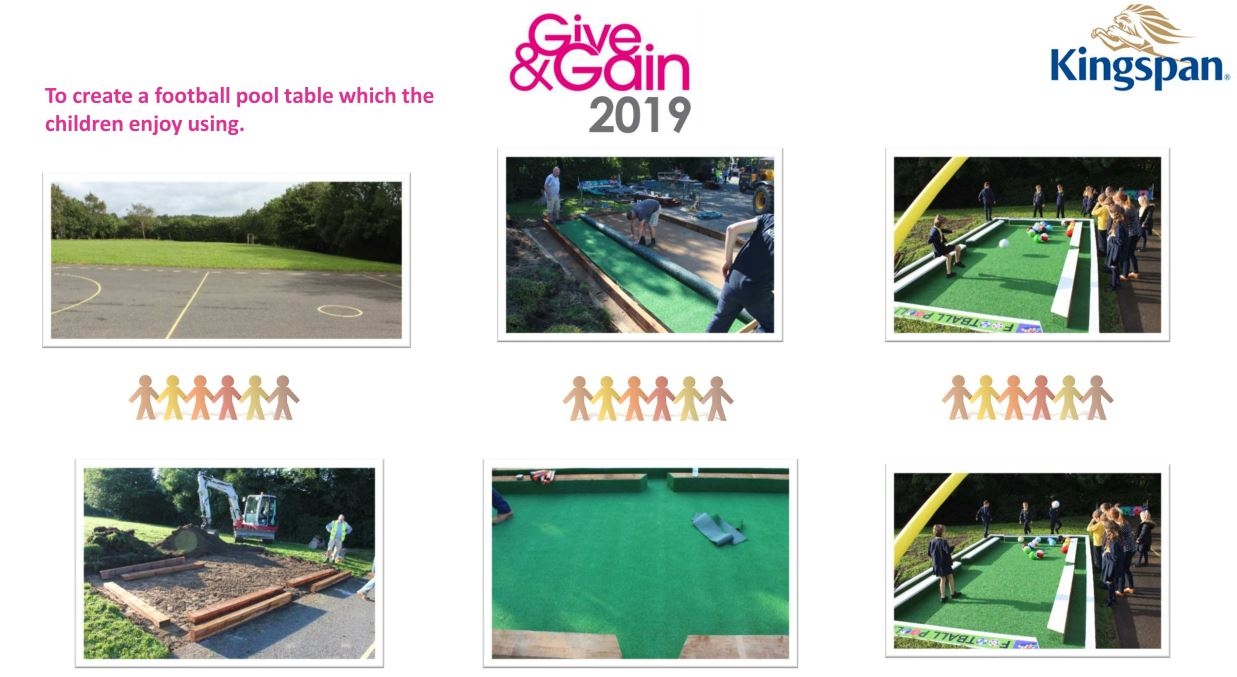 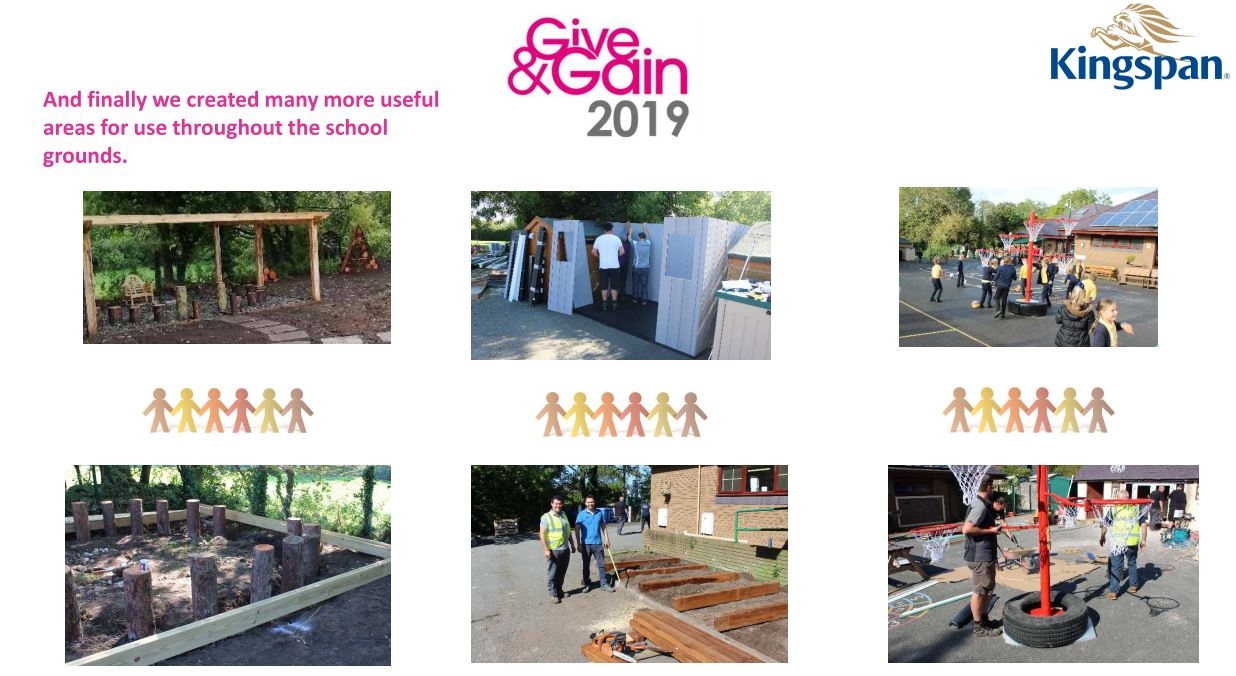 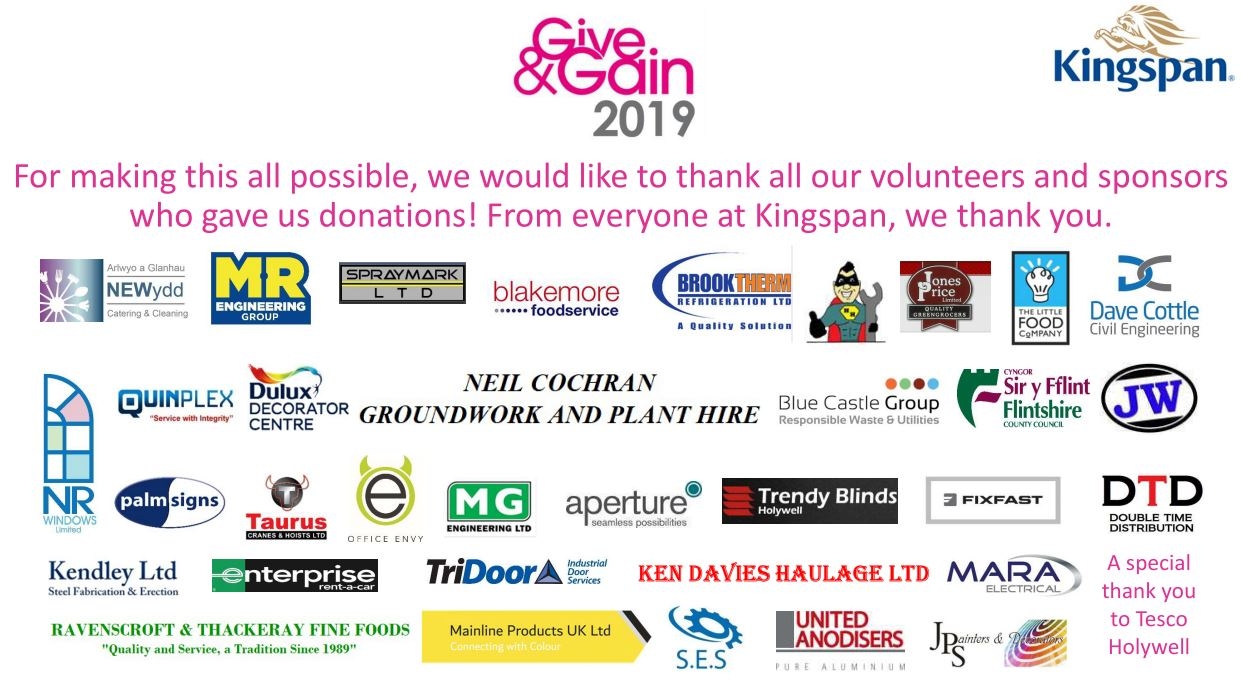 Aperture continues to support the Give & Gain Day scheme.

There will be happy pupils heading in to Bryn Pennant Primary School in Mostyn, Holywell, thanks to the efforts of our volunteers and your generous donations. For all your generosity, we would like to say, thank you! 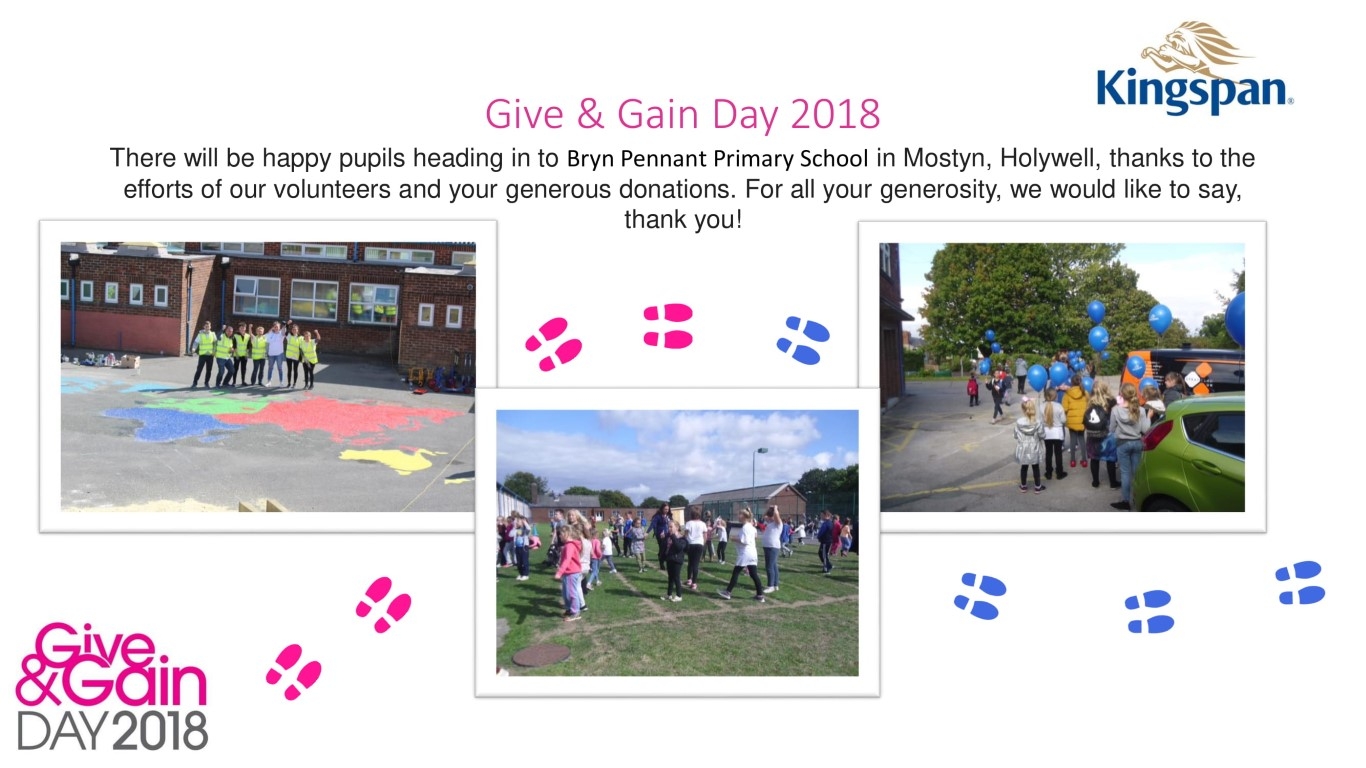 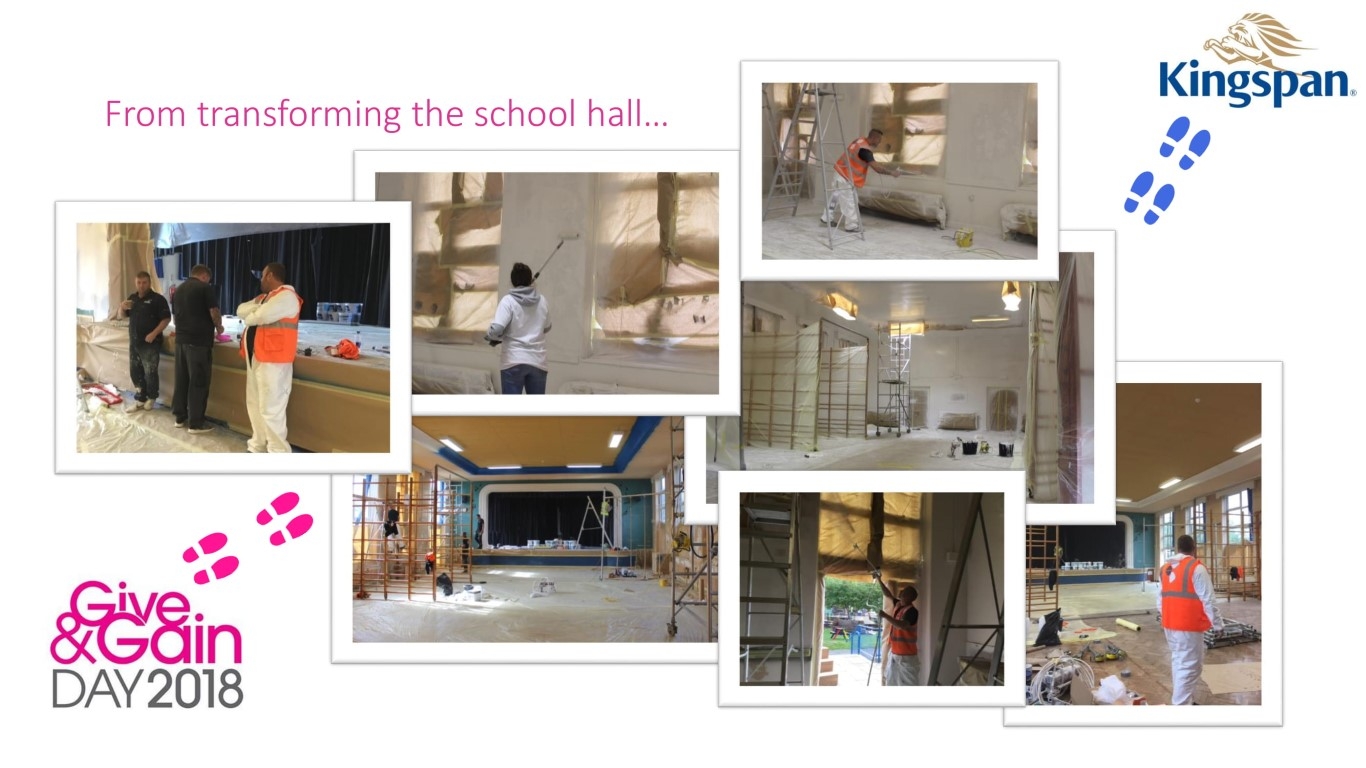 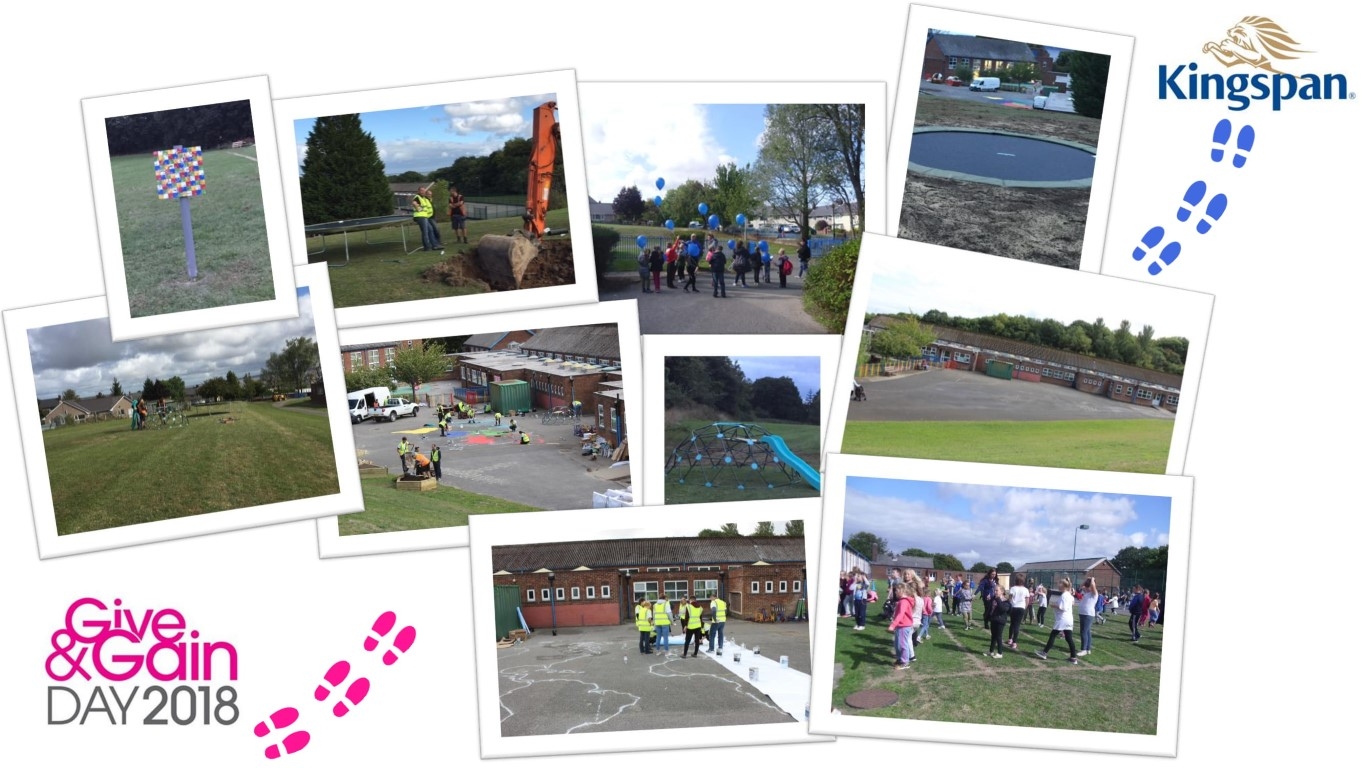 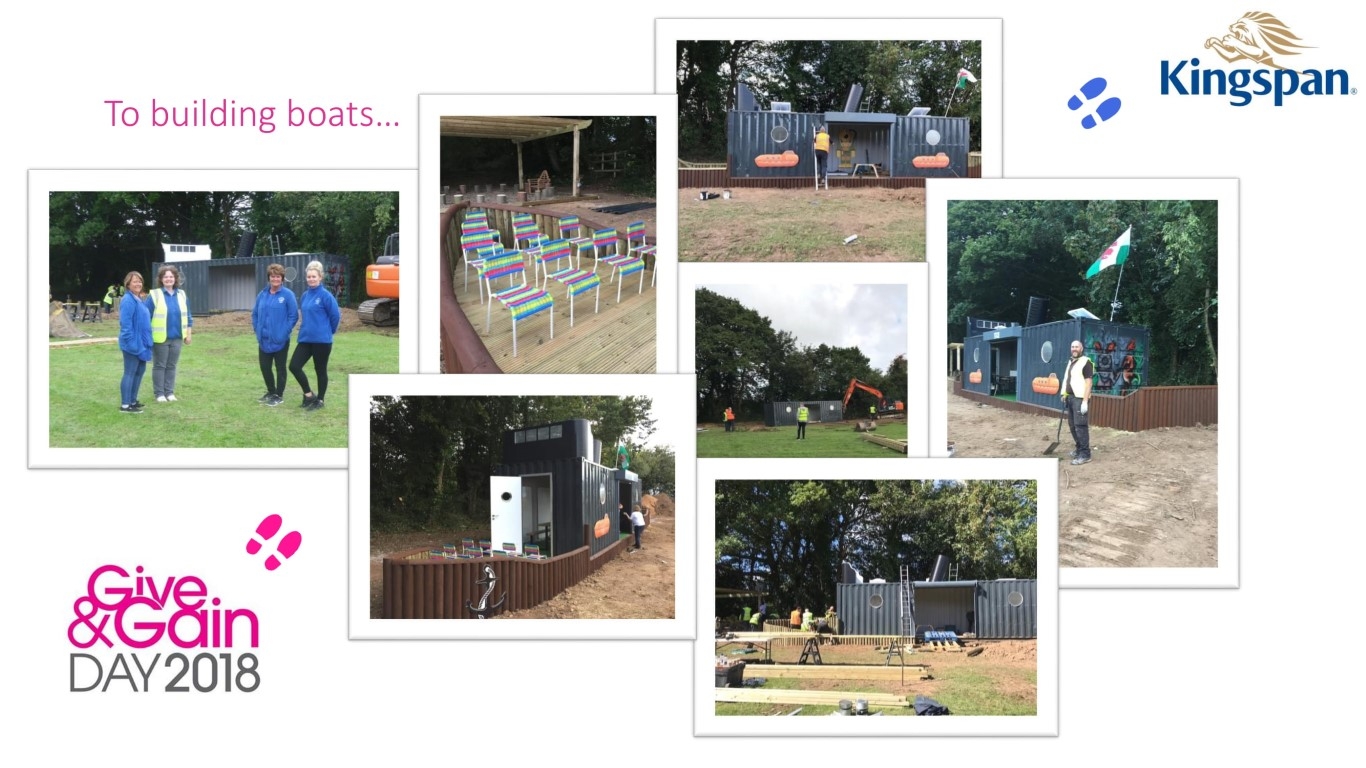 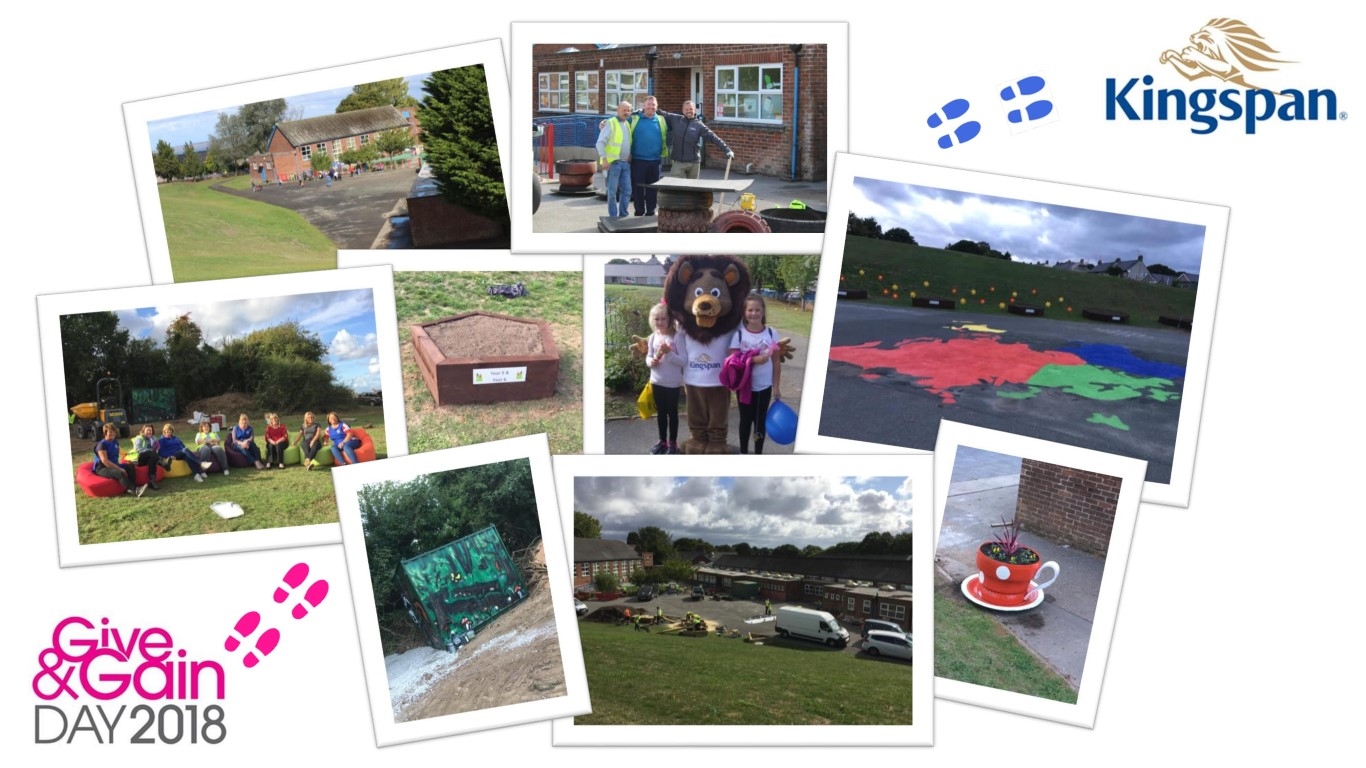 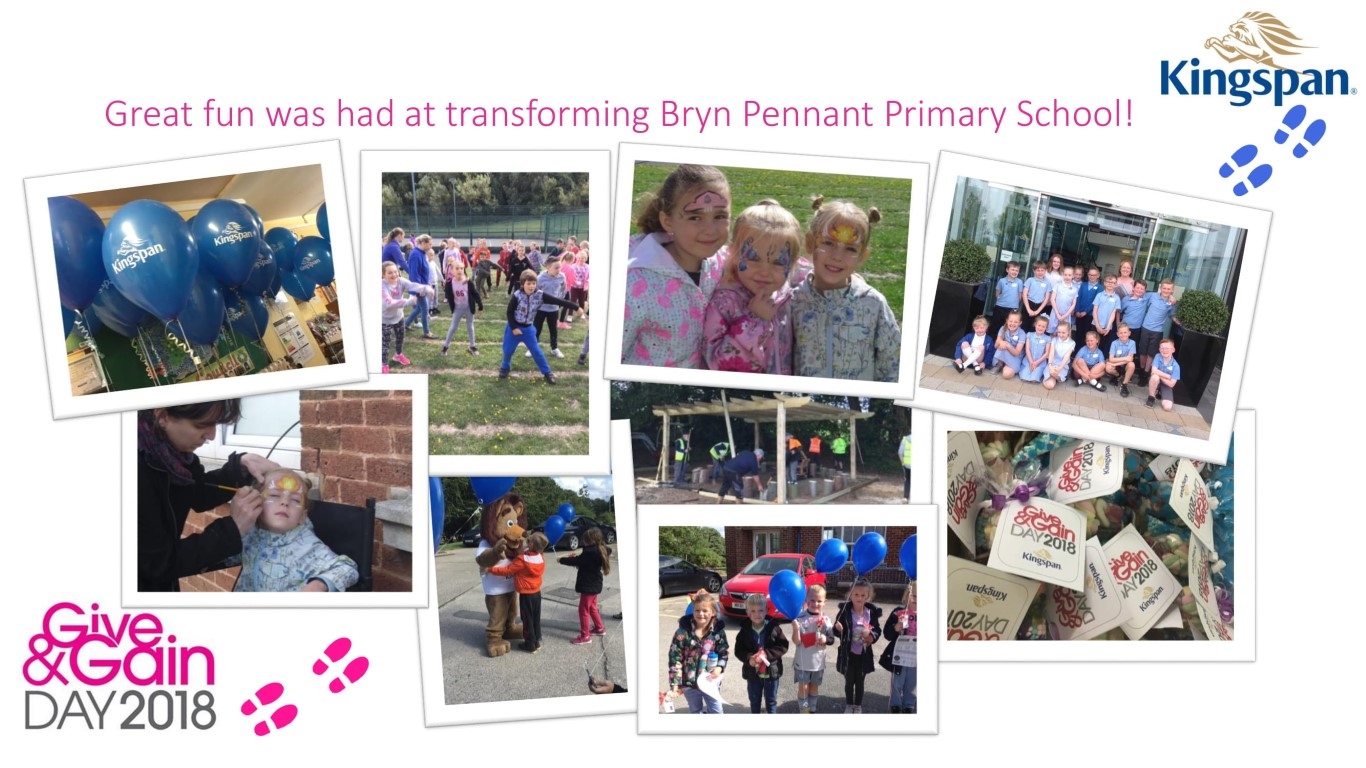 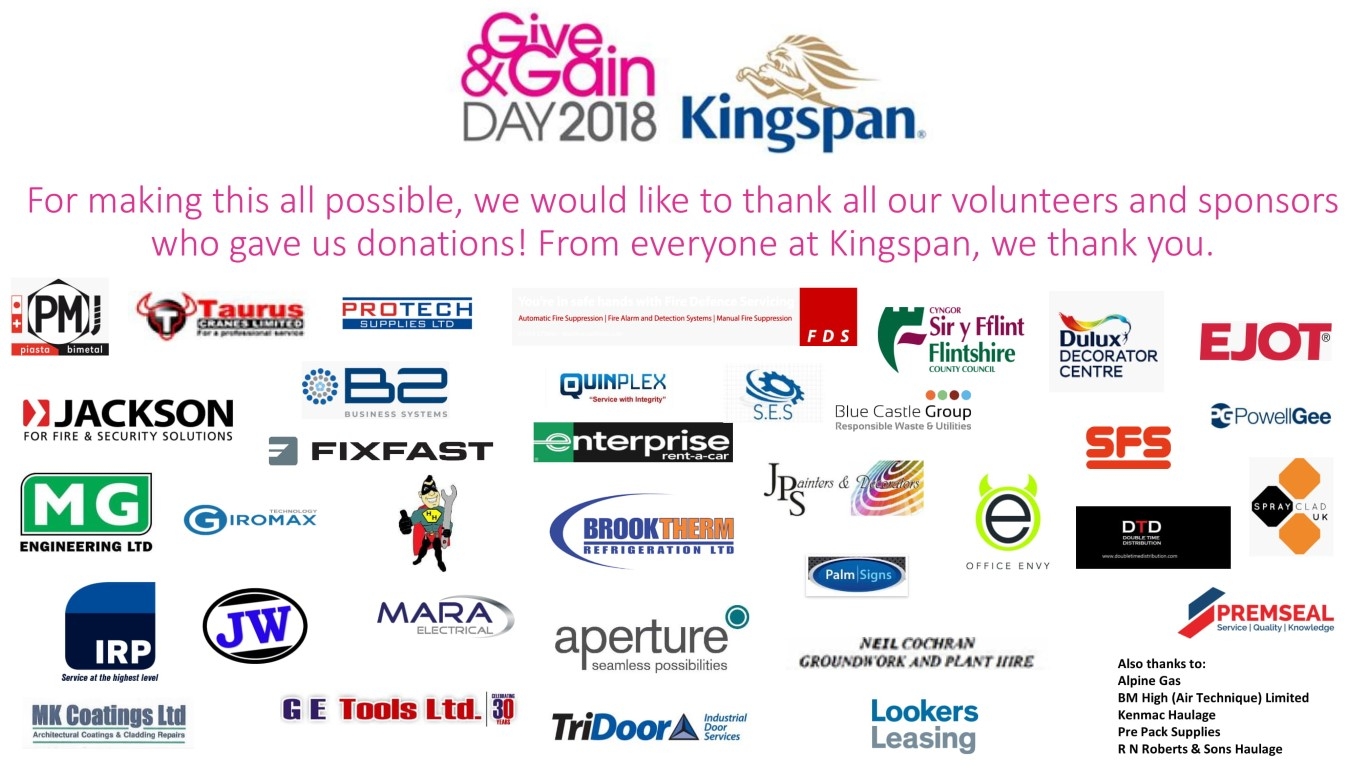 On the 30th April 2015, our team of three golfers including Mick Philbin and Chris Lawler from Aperture and BriggsAmasco alongside Don Jolly from McDonalds, took part in 18 holes of Golf to raise much needed funds for Ronald McDonald House Manchester. Through generous sponsorship, auction and raffle prizes, the event raised vital money to support the 60 bedroom house at Royal Manchester Children’s Hospital.

On 18 May 2012, over 30 volunteers from Kingspan Insulation gave their time to regenerate the forest school area at St Winefride’s. With sponsorship from Aperture, as well as a host of volunteers and generous donations, the new-look school area will provide a much improved learning environment for more than 450 pupils, aged from 3 to 11 years.

“We are so grateful for all the generous donations we received,” said Peter Bullough, Divisional Finance Director for Kingspan. “We are well aware that without your support we would not have been able to accomplish half of what we did.”

Every year Aperture plays its part in a number of community support initiatives, from sponsoring events to employees running marathons for charity. The company will continue to support the community by encouraging employees, customers and suppliers to utilise their skills and time through a range of volunteering and fund-raising efforts.

Mick then set his sights on running the Greater Manchester Marathon on 29th April and the Bupa Great Manchester Run on 20th May.  He successfully ran the 26 miles and 385 yards through the streets of Manchester in 3 hours 47 minutes – helping to raise money for MacMillan Cancer Support – before taking on the shorter 10K run.

“The weather was appalling throughout the Greater Manchester Marathon and made conditions difficult,” said Mick, “but I got a great deal of satisfaction when I crossed the finish line in Trafford.”

Every year Aperture and its staff members partake in a number of community support initiatives from sponsoring golf days to running multiple marathons.  Always aiming to deliver the highest standards, both on-site and off-site, this commitment has helped to make Aperture one of the UK’s leading cold applied waterproofing specialists.

Chosen in a random ballot from over 40,000 applications, Mick will be joined by some 5,000 other runners as he takes part in this once-in-a-lifetime opportunity. He will run alongside celebrities, former Olympic and Paralympic athletes and Princess Beatrice – who in 2010 became the first royal to complete the London Marathon.

For the first time in Olympic and Paralympic Games history, the public have been given a unique opportunity to take part in such an event. One of the ‘Red Wave’ of runners, Mick will be in the very first group which sets off at 2pm, followed by the White, Green and Pink Waves of runners in staggered nine minute intervals.

Starting by London’s newest landmark, the ArcelorMittal Orbit, the course passes the Olympic Park’s unique and diverse sporting venues before finishing in the stadium itself. Mick aims to complete the run in around forty minutes and will have his wife cheering him along at the start and finish point inside the 80,000 capacity stadium.

The five mile run will be the perfect preparation for when Mick takes part in the Greater Manchester Marathon on 29th April 2012, raising money for MacMillan Cancer Support. In 2011, he also completed the Great North Run and Roofing Racers London Triathlon when he helped to raise more than £35,000 for MacMillan.

For more information on the Olympic Park Run, go to www.nationallotteryrun.com.

This website uses cookies to improve your experience while you navigate through the website. Out of these, the cookies that are categorized as necessary are stored on your browser as they are essential for the working of basic functionalities of the website. We also use third-party cookies that help us analyze and understand how you use this website. These cookies will be stored in your browser only with your consent. You also have the option to opt-out of these cookies. But opting out of some of these cookies may affect your browsing experience.
Necessary Always Enabled
Necessary cookies are absolutely essential for the website to function properly. This category only includes cookies that ensures basic functionalities and security features of the website. These cookies do not store any personal information.
Non-necessary
Any cookies that may not be particularly necessary for the website to function and is used specifically to collect user personal data via analytics, ads, other embedded contents are termed as non-necessary cookies. It is mandatory to procure user consent prior to running these cookies on your website.
SAVE & ACCEPT
Go to Top